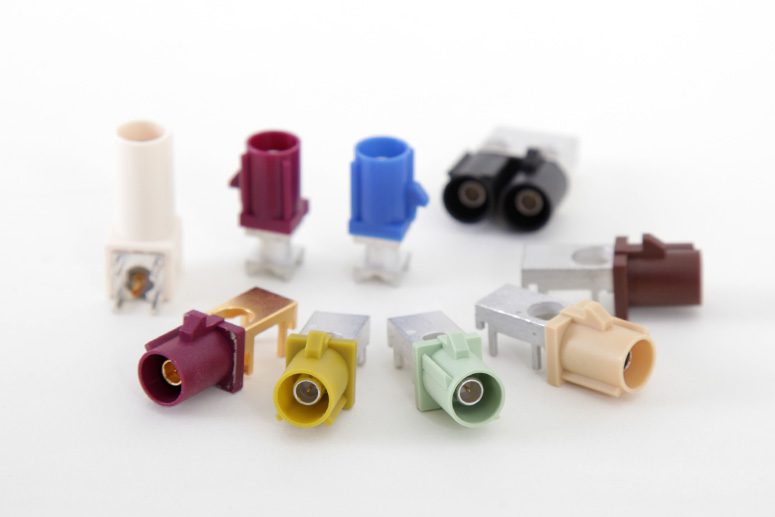 Incredible automotive technology fills all of today’s cars – head units, GPS, cameras and digital radios to name a few. You can even connect to the internet inside your vehicle now! These features are part of a complicated car electronics system, though. And could be complicated to figure out if you plan a DIY fix for your vehicle. Thank goodness for the FAKRA plug standard.

The Fakra standard and the Fakra plug

The Fakra connecting system consists of a plug and jack that snaps onto a plastic push-on adapter. These connectors work up to 6 GHz and, presently, have a couple of variants. The Fakra 1 variant is mainly used for radio antennas. On the other hand, Fakra 2 is the benchmark design for current connectors.

How to use the Fakra plug system?

The first 13 Fakra, which have distinct colours and designs, will only fit the corresponding layout. Also, each connection has a specific function or application assigned to it. Meanwhile, the 14th connection (code z: water blue) has neutral coding and will match any Fakra connector.

So, if you own a vehicle (especially those produced after 2005), you will sleep well knowing you’ll have no problem connecting your new head unit to the OEM connectors on your vehicle, especially if you got yours from Vhedia!