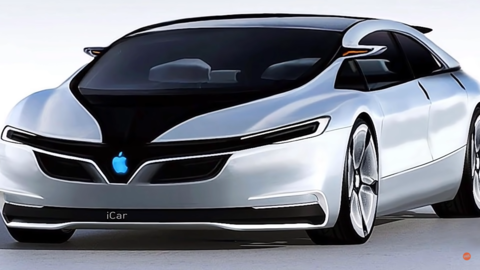 Apple has been at the forefront of tech innovations since the company was founded in 1976. Since then, the mantra followed by its founders (the Steves: Jobs and Wozniak) was to make technology user-friendly and accessible. We can see it from the Apple 1, Macintosh, and the iMac before, to the iPod, iPhone, and MacBook today. And in the future – the Apple Car.

Though not yet released, and with internal corporate strife hindering its development, the Apple Car is at least 4 years from being a reality. Nevertheless, the clamour for a launch has been increasing over the past few years.

Because of Apple CarPlay

This may be attributed to the success and ubiquity of Apple CarPlay. Apple’s venture into iPhone-to-dashboard integration turned out to be a success, despite the slow acceptance of the market when it was launched in 2014.

For those of you late to the party, Apple CarPlay is a phone software that allows car owners to access their favourite navigation, messaging, audio, calendar, and even food-ordering apps through their car’s head unit. Look at it as making your car infotainment system an extension of your iPhone.

What makes Apple CarPlay popular is its ability to make driving more convenient yet still safe. Whether you’re using a wired or wireless connection, you can set a route to your destination, read or write a message, call a friend, listen to your favourite artist or podcast, or order dinner before you head home with just a touch of your head unit screen or asking Siri to do it for you, hands-free.

It is the “ultimate co-pilot” only a few years back was just the stuff of science fiction!

So is Apple Car Really Coming?

In our opinion, Apple CarPlay is the precursor to the bigger project of Apple, which is the Apple Car. The technology is already here. Tesla has launched their self-driving cars, though they are far from perfect. So there is room to improve and innovate.

Meanwhile, Apple has already bridged the gap between mobile devices and automobiles with CarPlay. They are also making key investments in key partners (US$3.6B in Kia this year). Money will not leave them anytime soon, too.

If there is one company that can compete technologically in this space, it is Apple. It’s just a matter of fixing administrative roadblocks to make the Apple Car truly possible.

Time to Upgrade your Head Unit

In the meantime, more than 80% of new cars sold all over the world now support Apple CarPlay. Big car brands such as Ford, BMW, Volkswagen, and Toyota have already adapted to the system.

In Australia, more and more drivers are upgrading their older dashboards to aftermarket head units that are Apple CarPlay-compatible. And we hope you’re not missing out!

If you feel like upgrading your head unit as well, visit VHEDIA. We are a direct-to-consumer provider of the latest quality and affordable vehicle media systems to all of Australia. Available on our online shop are Apple CarPlay (and Android Auto) compatible Android-powered head units for a wide range of car models.

While waiting for the Apple Car, we have to make do with the Apple CarPlay. And that is not so bad, to be honest.