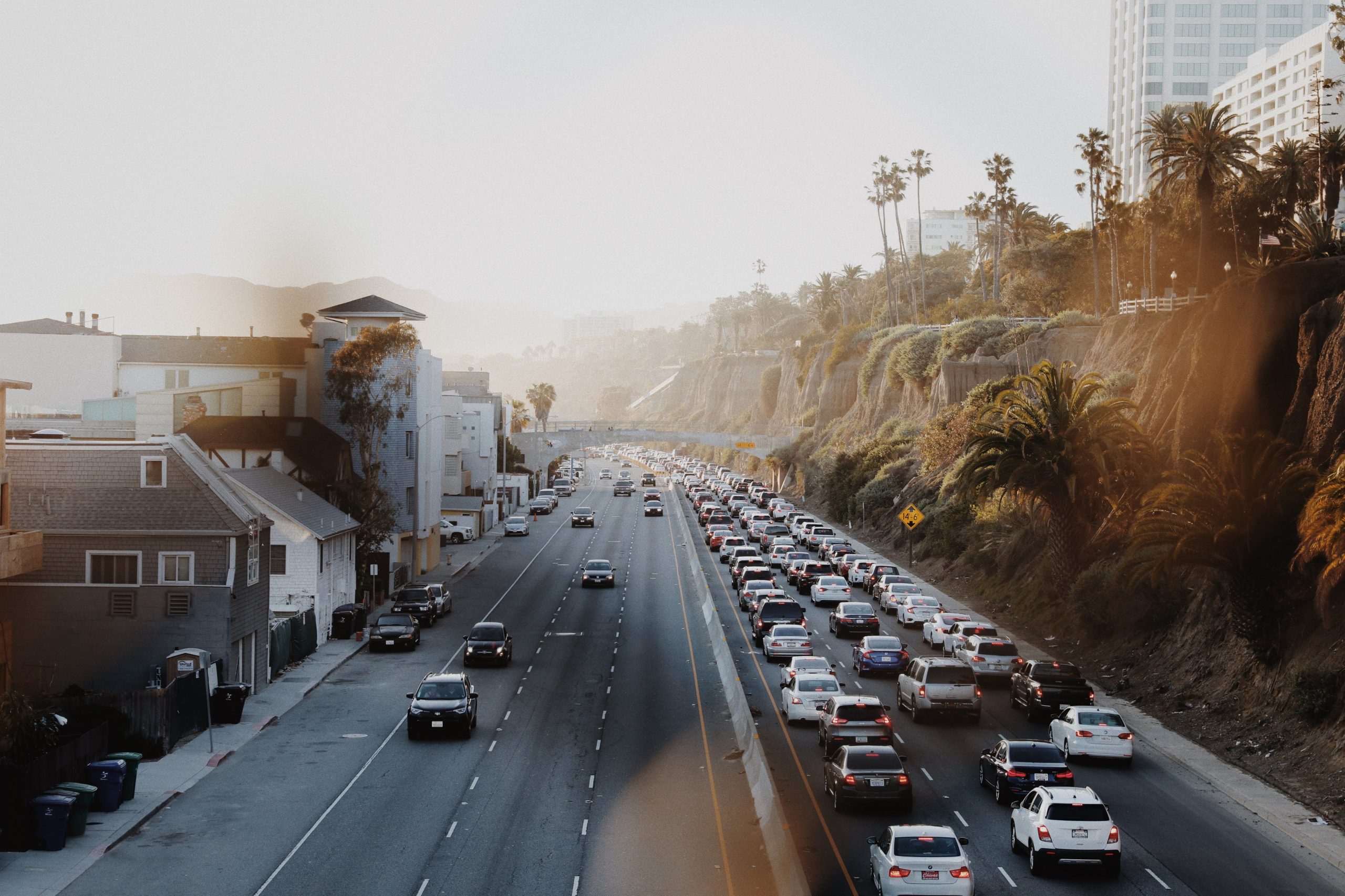 We’ve all been there – rush hour, a line of cars for kilometres, stomach grumbling, and you’re late for dinner with your partner. And you’re just wondering, in the vast loneliness of your car, ”why am I still stuck in traffic?”.

Why are we still stuck in traffic?

It is a fair assumption that most drivers use navigation apps such as Waze, Google Maps, Apple Maps, or TomTom Amigo. These tools have become synonymous with daily travel that we cannot drive without flashing on our head unit or mobile device.

However, these apps can sometimes be our downfall too.

For most of us drivers, we use mobile navigation apps to get the fastest route from point A to point B. And these apps utilise the following data sources to calculate and determine this information:

Companies such as Google tap into the historical data of different traffic sensors and develop a suggested route and estimated travel time based on these sources.

What attracted drivers to apps such as Waze was that it displays data from real-time reports from other drivers. If the app receives information about a traffic jam along a highway, it immediately marks that route. Then, it adjusts the course for drivers headed for the same destination or will have to pass that particular thoroughfare.

At the same time, the app passively collects other vehicle information such as speed on particular streets to come up with a more accurate route and travel time. If more drivers pass through a specific road and enter more reports, the higher the app’s accuracy.

Unfortunately, these apps are not 100% accurate. And thus, we can still be stuck in traffic.

The problem with traffic sensors is that they do not generate real-time data. If an accident or road closure suddenly occurs, it will not appear immediately on the app. On the other hand, crowdsourced data is prone to artificial manipulation. If you can reach a critical mass of fake traffic reports, you can create an actual “traffic jam” even on an empty street.

When Google bought Waze in 2013, it ushered the marriage of these two navigation technologies. However, the improvements cannot rid these apps of the occasional inaccuracies. For one, who can predict accidents or sudden road closures (e.g. due to flooding)?

Still, the faster traffic data update improves from newer version navigation apps today. After an unpredictable event occurs, it may only take several seconds for the app to display a new route. And with the pace of technology and more data gathered, we can expect this waiting time to lessen and better paths to appear to get us faster to our destination.

Another thing to consider is that most navigation apps need an internet connection to provide up-to-date directions. Once you move to a patchy part of town (signal-wise) or suddenly lose connection, you might miss turning into less congested side streets.

Offline maps such as Hema Maps might help in navigation. But without the flow of updated traffic info, the app might still choose the shortest distance to your destination yet the longest time-wise because of traffic.

What can we do in the meantime?

If you are using either Android Auto or Apple CarPlay, there are several ways to be productive in the middle of traffic. Aside from charting your next route, you can also do the following using various apps:

Whether through your phone’s default Phone app or another communication app, make or answer calls with a click of a button or a voice instruction.

Allow your app to read aloud the message you received. And if you want to reply, you need to dictate your message.

3. Listening to music, podcasts or audiobooks

The simplest way to entertain yourselves in the middle of traffic is to listen to your favourite tunes, shows, or books. Choose from apps such as Spotify, Overcast, Pandora, Audible, etc., to help you forget the hours that pass while on the road.

4. Arranging your schedule and set up meetings

View and arrange your appointments via your Calendar apps. Then, if you need to set up a team conference on the fly, most chat apps today like WhatsApp offer group call capabilities.

Finally, a game-changer, at least for Apple Carplay users, is the launch of Microsoft Teams on the platform. Make sure to park on the side when you’re the one presenting.

Exclusive for Android Auto in the meantime, play while driving with voice-enabled games from Google’s GameSnacks.

Listen to the news, book a parking slot, and even order food – all these are now possible with more and more apps accepted into the Android Auto-Apple Carplay ecosystem.

Make sure you turn on your Google Assistant or Siri to make your drive not just more convenient but safer with all the hands-free experience these programs allow.

Today, having yourself still stuck in traffic isn’t necessarily a bad thing. The situation might even provide a moment of reprieve and reflection after a busy day and make you more productive. Overcoming the stress of traffic thus starts with a proper mindset and having a few new tools installed in your vehicle.

VHEDIA has the latest in technology in aftermarket head units for the majority of the car models in Australia. Made with quality and affordably-priced, these infotainment systems are already Apple Carplay and Android Auto compatible. You need to connect your smartphone to experience a new approach to being stuck in traffic.

However, if you want to take things further, Vhedia’s head units have an Android OS installed on them, allowing you access to almost all apps on Google Playstore. Whether you’re in the middle of a traffic jam, strolling off-road, or idling in the parking lot (waiting for the traffic to pass), your head unit will deliver in, making your in-car experience more bearable.