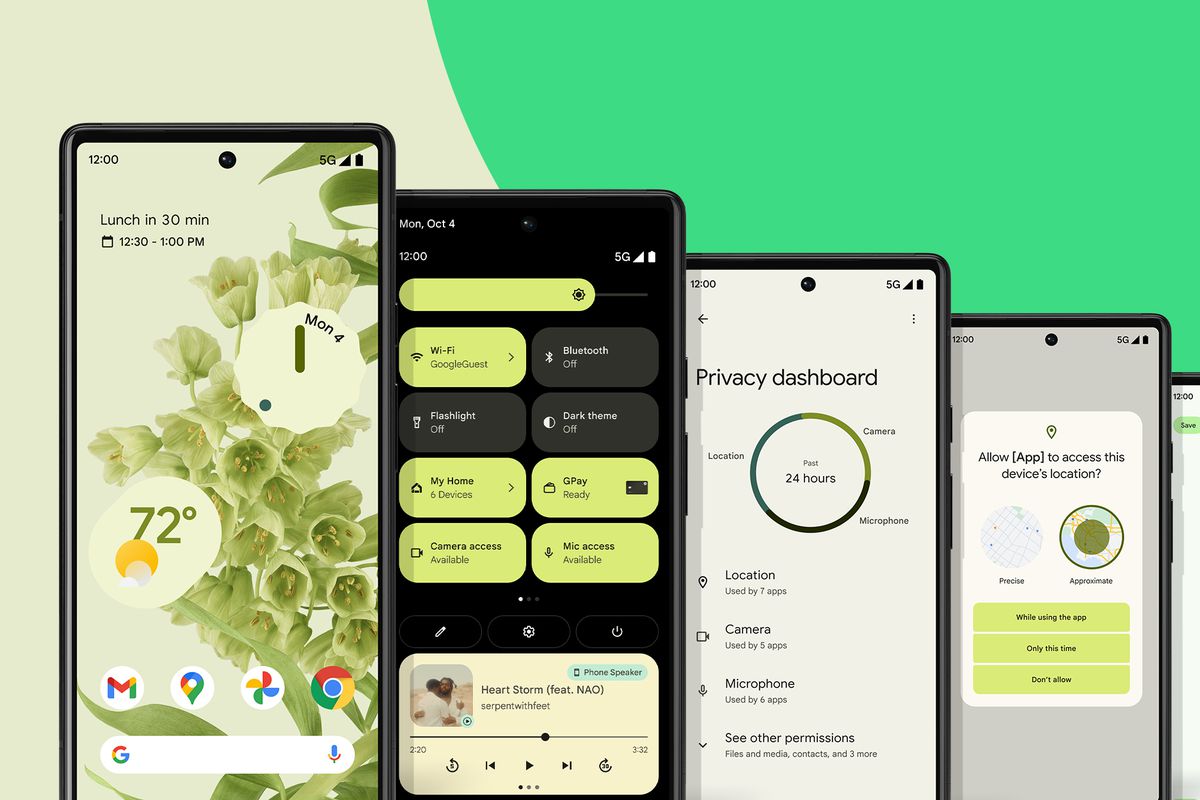 Last October, Google released the full, updated version of its mobile operating system – Android 12. So what’s new with Android 12? And for drivers, how does it affect your Android head units and/or Android Auto?

1. The most significant improvement Android 12 brings to the platform is its user interface.

2. Other highlights of Android 12 include accessibility improvements.

Did you ever need to take multiple screenshots just to capture the content of a page? With the scrolling screenshot, you can do just that, all in one click.

Are you sure an app is not using your mic or camera? The additional indicator on your screen helps you check access mic and camera access and turn it off with a click of a button.

4. Finally, you’ll also get the usual performance upgrades and bug fixes to address the platform issues from the previous version.

Unfortunately, this latest android update is not without its flaws. Users have complained of various errors when installing Android 12 on their devices and Android Auto. And it seems that we’ll have to wait for the additional patch updates to address some of the issues below:

1. Google Maps does not appear on the screen

After updating to Android 12, some Android Auto users reported that Google Maps disappeared on their head unit screen. The navigation app cannot be launched even via Google Assistant, which presents a problem to drivers who frequently use the app.

In the meantime, you can launch Google Maps from your mobile device disconnected to the head unit. Keep Android Auto running on the screen, though. Once you set up the navigation, you can establish the connection with the head unit and (hopefully) it will work.

Some Samsung Galaxy S22 Ultra and Google Pixel 6 device users report having trouble connecting to their head units via Android Auto after updating to Android 12. Unfortunately, there is no concrete workaround yet to this problem, while Google and Samsung have not pinpointed the issue.

Another complaint about Android 12 is the spike in the use of the device’s RAM and app memory when connected to the head unit. This causes crashes and random screen freezing which causes inconvenience while on the road.

Spotify is one app that was reported to experience this error. Solutions suggested are:

Android 12, with its bevy of interactive features, requires a higher power output from the device it is running on. Thus, if you connect your phone to your head unit via Android Auto, you’ll need a power supply on standby or risk losing the phone’s power in the middle of the road.

It would be best to have a phone car charger on standby just in case.

As with any software update, you should expect bugs and errors to occur in the early stages. Such is then the importance of patches to be rolled out asap. In the meantime, we suggest you focus on learning the new features of Android 12 as they can still be helpful in our everyday lives. Also, consider upgrading your vehicle’s head unit as you plan to update your software.